Reclamation District No. 1000 was created by an act of the State Legislature on April 8, 1911. The purpose was to allow for the reclamation of what was then known as the American Basin for agricultural purposes. The American Basin historically flooded from the Sacramento and American Rivers overflowing their banks due to winter rains and runoff from the foothills giving it the rich fertile soil to support the agriculture which dominated the early years in Natomas. Much of the land was owned by the Natomas Company of California The Act gave the District authority and responsibility for flood control and drainage in what has become the Natomas Basin.

Reclamation of Natomas began in 1913 with the construction of the perimeter levee system which was completed in 1915. The original cost was approximately $2 million and was financed by the sale of bonds. Some of these original bonds are still in the possession of the District. Following the completion of the levees, an interior drainage system consisting of canals, ditches, and drains was constructed to collect both stormwater runoff from precipitation that falls within the leveed area as well as agricultural runoff from irrigated farmland. The original system conveyed all the runoff to a large pumping plant constructed in 1915 at the terminus of Second Bannon Slough (Plant 1A). This plant still exists and is used today. It is located directly across the Garden Highway from the District Office. A second pumping plant (Plant 2) was added at Pritchard Lake in 1920 along the Sacramento River north of Elverta Road, and a third plant (Plant 3) was added in 1939 also located on the Sacramento River just north of San Juan Road. Eventually, five more pump plants were added at various locations in the District to accommodate more development and relieve pressure on the original plants.

The drainage system stayed in this configuration for a number of years. In the 1950's and 1960s urbanization of the Natomas Basin began, predominantly because of its close proximity to downtown Sacramento and the construction of the interstate highway system. The first area to develop was the Gardenland area in the southern extremity of the basin tucked up against the American River and Natomas… 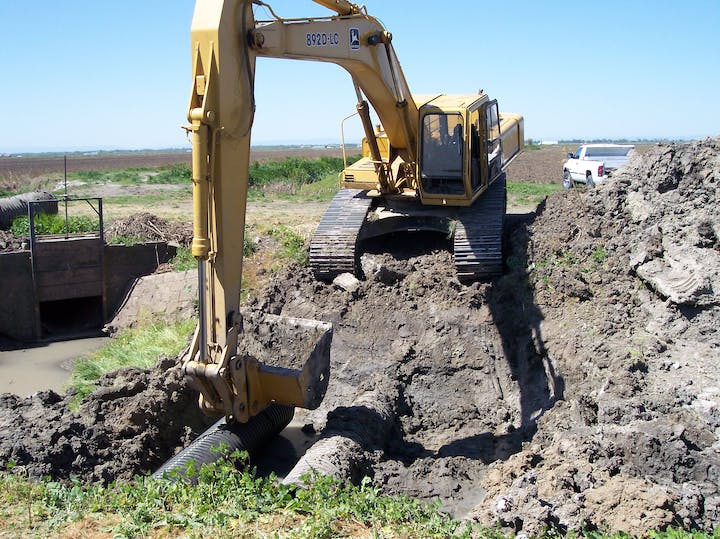 The levees around Natomas were designed to handle the historical “flood of record” which was the 1907 and 1909 floods on the Sacramento River. Another large flood event occurred in 1937 which the system safely passed with only minor problems. Again, in 1955 an even larger flood roared through the Central Valley around Christmas. The Natomas levees held with some minor sloughing along the…

The Reclamation District 1000 levee system consists of 42.61 miles of project levees encircling the District which is located in Sacramento and Sutter counties and is approximately 55,000 acres in…

Reclamation District No. 1000 has been providing flood protection and public safety to residents, businesses, schools, and agriculture since 1911. We are a California Special District formed by the…