The Reclamation District No. 1000 levee system consists of approximately 46.5 miles of Project Levees (levees which are a part of the federal Sacramento River Flood Control Project) encircling the District which is also known as the Natomas basin.

The District's interior drainage system consists of 30 miles of main drainage canals, about 150 miles of drainage ditches, and seven main pumping stations. The drainage system collects stormwater runoff, seepage waters, and agricultural drainage and delivers them to the pumping plants for disposal into the Sacramento River or other adjacent creeks.

Maintenance of ditches and canals consists of silt and debris removal as required to maintain capacity; removing trash and other debris dumped, repairing slips and other erosion; and treating vegetation that reduce canal capacity and limit flows with herbicides.  In addition, the canals and interior levees must be mowed on a regular basis, particularly in the urban areas, to reduce fire hazards.  With continued urbanization of Natomas, the canal maintenance costs have increased significantly.

Maintenance and operation of the pumping plants consist of normal mechanical up-keep such as lubrication, checking and replacing worn or broken parts, maint­enance of supporting structures, electrical components, monitoring during a flood and furnishing power.  The total power costs fluctuate with the amount of rainfall and runoff in any given year, but overall this is the largest single cost in the District’s annual operations and maintenance budget other than personnel costs. In addition to the routine operation and maintenance costs, the District has undertaken capital improvements to the pump stations including repairs to trash racks, pump motors, and other mechanical/electrical parts. As the pumping facilities age, more capital improvements are anticipated to keep them operational. Also, the District will need to replace these pump stations when they exceed their useful life.  The current discharge capacity of the pumping plants and their original dates of construction (and major modifications) are as follows:

In addition to the main perimeter pump stations, the District operates and maintains two small pump stations along its West Drain to lift stormwater and agricultural runoff from adjacent ditches into the West Drain near San Juan Road.  These pump stations were constructed in 1997 with a combined capacity of 7 acre feet per hour.

The drainage system stayed in this configuration for a number of years. In the 1950's and 1960s urbanization of the Natomas Basin began, predominantly because of its close proximity to downtown Sacramento and the construction of the interstate highway system. The first area to develop was the Gardenland area in the southern extremity of the basin tucked up against the American River and Natomas… 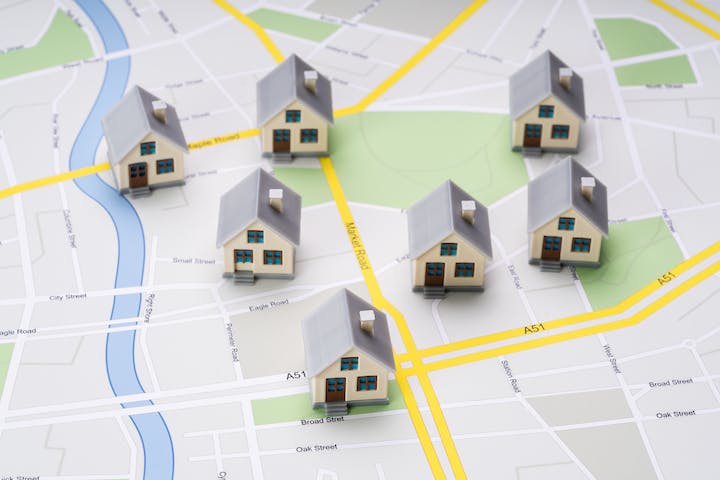 Assessments are used to fund the day-to-day maintenance of the levees, canals, pump stations, small capital projects, and the first response during a flood emergency for those who reside within the… 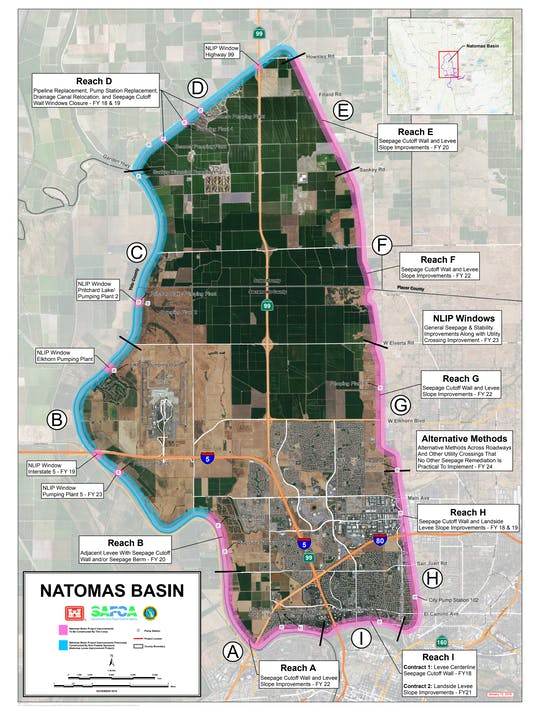